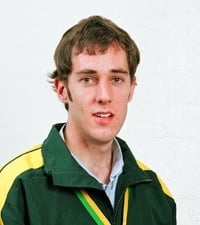 Kris has always strived to do his best and has reaped the rewards of being a perfectionist. After being encouraged by a teacher from Lidcombe TAFE, Kris entered the WorldSkills Australia regional competition and won. He then went on to win the WorldSkills Australia National Finals in May 2004 and gain selection to represent Australia at the 38th International WorldSkills Competition, in Helsinki, Finland this May. Kris feels that his success stems from his need for everything he does professionally to be perfect. It is this attitude that Kris used in his preparation for Helsinki. “Practice as much as possible, keeping everything as thorough as possible”. Kris received a Medallion of Excellence for being in the top 10% of his category. Kris is a shinning example of where hard work and determination will lead you. He is a proud ambassador for his trade, TAFE, family, employer, region and country.