For Electrical & Instrumentation Apprentice Katrina Palmer, an interest in science and maths and a chance encounter with an ad in the newspaper led her to a skill that is challenging, dynamic and consistently rewarding. 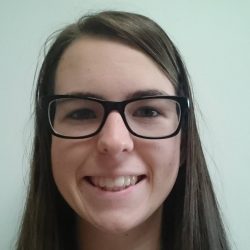 “I was studying lots of science and maths thinking that I’d study Engineering, but I was torn between Electrical and Chemical Engineering,” she recalls. “In a blur of year 12 study stress I looked through the newspaper one day and saw a golden ad for a dual trade apprenticeship at Shell (now Viva Energy) where I would have the opportunity learn both the electrical and process control side of things while getting hands-on experience and earning a wage while I learn.

Until that point I didn’t really know much about apprenticeships, but it was clear to me that it would be an awesome opportunity to learn, and I couldn’t say no.”

Katrina, currently in her fifth and final year of a 5-year dual trade apprenticeship with Viva Energy Geelong Refinery, will be competing in the Electrical Installation competition as part of Skills Show Australia 2018, from 2 – 4 June at the ICC in Sydney.

As part of her training for the big event in June, Katrina is focusing on honing her electrical installation skills in bending conduit and revising various ways to wire up lighting circuits. It’s a skill that requires patience, concentration and adept problem-solving abilities. “I get to use my hands and my brain in a good balance and work outdoors. I also enjoy the variety of work that a dual trade can offer,” she explains.

Upon entering her trade four years ago, Katrina wasn’t exactly sure what to expect, “I didn’t really know what to expect going into such a male-dominated environment, but people have been really supportive. I find if you have a good attitude and show interest in the work you’re doing people respect that regardless of age or gender,” she explains.

Outside of her training and work schedules, Katrina is busy working to build up her networks and on the ground experience, “Five years ago, I wouldn’t have known that I’d end up working for one of Australia’s largest energy companies and planning a trip to Cambodia with a group of lady tradies to build a house for a poor rural family. I’m more about the journey than the destination,” she says.

Katrina has recently started another journey with a group a young lady tradies and apprentices from various trades called Geelong Women in Trades, “Some of these tradeswomen are starting their own businesses, which is pretty cool.

“I want to see where we can take this movement of lady tradies. It seems like the numbers are growing but maybe I’m just becoming more aware of other lady tradies because of their presence on social media. It would be great to collaborate with some of them over the coming years,” she says.

Katrina has also been involved in helping launch Tradeswomen Australia late last year with her mentor Fiona Lawrie. Together they attended the National Training Awards as a partner for the VET strategy Real Skills for Real Careers.

Describing herself as quiet, analytical and dedicated, Katrina clearly has the natural aptitude and positive attitude to take her to some pretty amazing places, “I hope to take my skills to the next level and challenge myself against the best young tradespeople and apprentices in the country.

I also want to show that girls can do well in trades too and can choose to pursue a career in trades if they want to. This is especially important for high school students who are looking into different careers and haven’t considered opportunities in trades because of stereotypes or stigmas. Maybe I can encourage some young girls to be more open-minded about where they can go in their career.”

WorldSkills Australia is recognising skilled women around the globe in celebration of International Women’s Day, 8 March. Join us in supporting HeForShe – a solidarity movement for gender equality, led by the United Nations.