How WorldSkills mentors are skilling up the next generation of talent

While our talented competitors are always at the face of everything we do here at WorldSkills Australia, the fact is that there are plenty of people behind the scenes who keep the WorldSkills machine moving. From parents to volunteers, judges to employers – there are so many people who make our competitors’ WorldSkills dreams possible.

This year, we want to shine a light on some of those people, and celebrate all they do for our competitors and our organisation. In part two of our ongoing series, we speak to Brendan Hibbert, Graphic Design lecturer at North Metropolitan TAFE in Perth, and WorldSkills Australia mentor and Chief Judge. 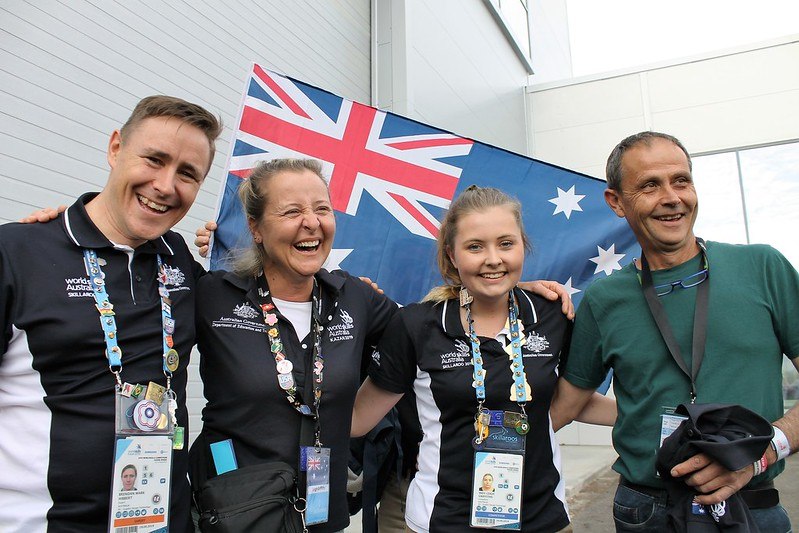 Until around five years ago, Brendan Hibbert had no idea what WorldSkills Australia was.

It wasn’t until he was asked to judge the Graphic Design category at the 2016 WorldSkills National Championships in Perth that he discovered not just what WorldSkills Australia does, but the sheer scope and size of it.

That International Competition gave Brendan his first exposure to the impressive skill level expected of competitors at an International level – and that knowledge came in handy while training Indy Griffiths for WorldSkills Kazan 2019.

Brendan first met Indy at the 2018 Skills Show in Sydney, where she won the gold medal in Graphic Design. Having seen the level of competition at WorldSkills Abu Dhabi 2017, Brendan’s training plan for Indy involved a lot of competing, including at the New Zealand Nationals, as well a ‘mini Internationals’ in Kazan, eight months before the big event.

While Brendan describes the competition at an international level as ‘cutthroat’, he was pleased to see Indy developing fantastic relationships and exchanging knowledge with her fellow competitors in Kazan – which, as he’s quick to point out, is one of the major benefits of the WorldSkills International Competition.

Indy achieved a Medallion of Excellence in Kazan, and will be involved at this year’s National Championships in Perth as a judge for the Graphic Design category, alongside Brendan.

Brendan has had an enormous impact on young graphic designers like Indy – not just as a mentor, judge and advocate for WorldSkills Australia, but as a lecturer at North Metropolitan TAFE in Western Australia, where he was recently named the 2020/21 Trainer of the Year.

Without subject matter experts like Brendan who are passionate about passing on their knowledge and skilling up the next generation, WorldSkills Australia would not be able to achieve its goals of developing skills excellence in Australia.