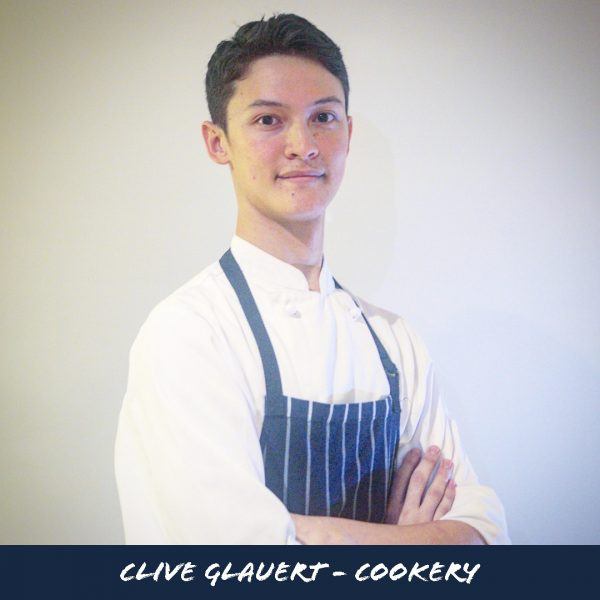 Clive Glauert’s love affair with food began when he was working as a packer for his family’s seafood wholesale business, Festival Fish.

With some of Perth’s most highly regarded chefs placing orders with Festival Fish, Clive started to ask them questions about the items they were ordering, and what they planned to cook with them. From there, Clive’s curiosity about food was piqued.

At just 21 years old, Clive has since thrown himself into Perth’s culinary scene with enthusiasm, embarking on an apprenticeship at popular restaurant Odyssea City Beach. While his food journey began with seafood, he’s now tackling all types of cuisines, including desserts.

For Clive, cooking is about creativity – about exploring new flavours, new ingredients and new techniques, and he’s hoping to use that creativity to win a gold medal at Nationals, and a place on the Skillaroos.