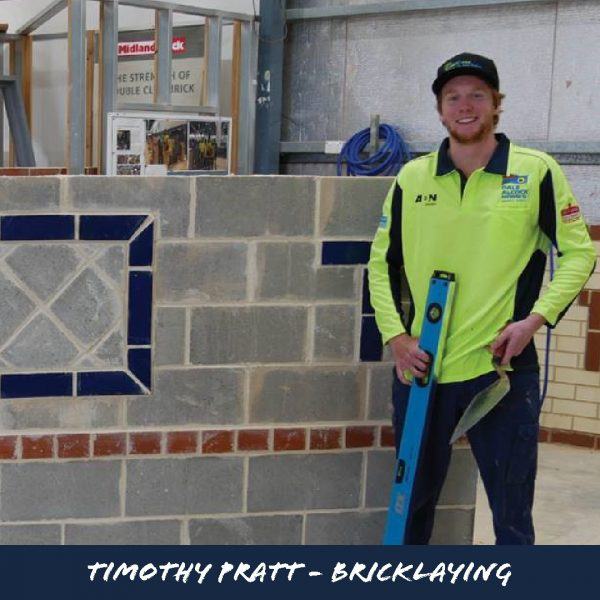 Having already won Bricklaying Apprentice of the Year at the 2020 Master Builders Association WA Building Excellence Awards, Timothy Pratt is well-positioned to impress at next year’s WorldSkills Australia National Championships.

The second-year bricklaying apprentice, who is currently completing his apprenticeship with the highly-regarded ABN Group in WA, has long had a penchant for the outdoors, physical work and building things. At school, he particularly enjoyed the Building & Construction units, which led him to do some work experience in that field.

After trying out a number of different trades, Timothy landed on bricklaying, and realised it was what he wanted to do.

As he trains for the WorldSkills Australia National Championships in May 2021, Timothy is furthering his skills and knowledge and ultimately working toward his goal of one day building quality homes throughout South West WA with his own team.