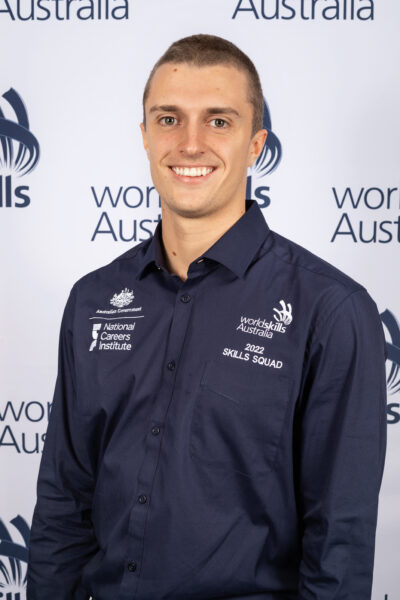 Describing himself as a ‘keen surfer and waterman’, Bondi-based Daniel Gardner is taking his passion for our natural environment, and turning it towards reducing waste and improving efficiencies in the construction sector.

Currently in his third year (of four) of a Bachelor of Construction Project Management at the University of Technology Sydney, Daniel is set to be the first ever Australian competitor in WorldSkills’ new Digital Construction category.

After studying a series of subjects that included digital construction elements, Daniel developed a real passion for the field. His teacher, Christopher Brown, introduced him to WorldSkills, and Daniel had the opportunity compete in an online competition as part of the National Championships. Now, Daniel is working with Christopher to train for the 46th WorldSkills International Competition in Shanghai this coming August.

Concerned about the lack of sustainability and amount of waste in the construction sector, Daniel believes that digital construction will allow him to foster change in the industry. In order to make those changes, Daniel needs to be at the top of his field – and he believes skills excellence is critical to getting him to that place.

When asked about how it feels to have the chance to represent his country, Daniel says, “My goal as a competitor is to represent the country to the best of my ability. I love Australia and the opportunities we are blessed with by living here. This will be a great chance to showcase my pride.” A lecturer in Construction Project Management at University of Technology Sydney, Christopher was approached to participate as an expert in WorldSkills’ new Digital Construction category by his industry colleagues.

Working in the Building Information Modelling (BIM) space, Christopher believes digitising construction will lead to a better built environment for both practitioners and users alike and help alleviate many of the social problems common across the Australian construction industry.

Christopher believes strongly that skills excellence is critical, and that it is imperative to up-skill and showcase the skill excellence of the new generation of Australian builders so that our businesses can remain efficient and competitive in an increasingly globalised market.