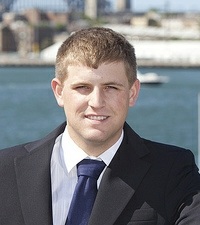 “I have learnt so much from competing in WorldSkills competitions. Aside from learning more about my electrical trade, WorldSkills has helped my confidence both personally and in my job.”

Ben entered the electrical industry through a combination of family influences and vocational advice. In his job Ben enjoys that he has learnt skills and knowledge that he is able to use to test his abilities each day.

In the short term Ben looks forward to completing his apprenticeship. In the long term he would like to get a job that will let him not only further his knowledge and skills but enable him to be financially secure later on in life.

At the WorldSkills International Competition Ben is looking forward to seeing where he ranks against the best in the world.

Favourite motto?
Never give up.

In one word describe how you feel about representing Australia in London?
Excited.