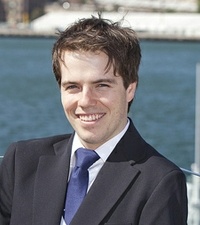 “Without WorldSkills training, I wouldn’t have the necessary experience which has provided me with an edge over a lot of graphic designers today.”

Nicolas was introduced to the graphic design industry through his uncle when he was 16 years old. Seeing what his Uncle did, inspired him to consider graphic design as a career pathway.  Nicolas recommends graphic design to others as it is a “great mix of creativity and technical skills.”

Nicolas encourages everyone and anyone who is eligible to compete in WorldSkills Competitions as he believes it is “a once in a lifetime opportunity to do something you can potentially look back on as one of the greatest moments of your life.”

In his job at James Yeates and Sons he most enjoys the chance to exercise his creativity in a 9am to 5pm situation.

In the short term Nicolas hopes to better his skills in order for his abilities to take him wherever he needs and wants to go.  Nicolas is keen with anticipation to see how he places on a world scale at the WorldSkills International Competition in London.

In one word describe how you feel about representing Australia in London?
Privileged