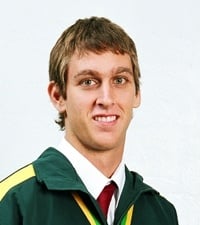 Ben’s path to Australian Representation began with a few weeks work experience with a local electrician. It was whilst undertaking this work experience that Ben discovered his passion for the electrical industry. After winning his regional competition, Ben travelled to Brisbane to compete in the WorldSkills Australia National Finals after fighting off fierce competition from the best young Electrical Installation Technicians in Australia, Ben won gold and the right to represent Australia at the 38th International WorldSkills Competition ( formerly known as the Youth Skill Olympics) in Helsinki, Finland last May. Over a gruelling four days of competition, Ben achieved the status of being in the top 10% in the world and was awarded a Medallion of Excellence. According to Ben the Helsinki experience ‘really helped in improving my trade skills. It was also really good to experience the techniques and equipment that they use in Finland. As far as helping me in the future, I’m sure that employers would look highly at us for competing in the competition’. Ben is a fine example of the high level of vocational education and training currently available in Australia. He is an excellent ambassador for his state, region, country, Central Queensland Port Authority, his TAFE and his family.