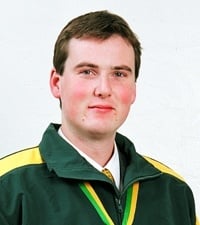 Whilst undertaking his trade qualifications at TAFE that Hayden was introduced to the WorldSkills Australia Competition Process. After entering and winning the regional Tasmanian WorldSkills Competition, Hayden traveled to Melbourne to take on some of Australia’s best young refrigeration technicians. After freezing out the competition and taking home gold, Hayden was selected to represent Australia at the International Competition. Hayden competed against some of the coolest refrigeration technicians from 17 different countries. After the four grueling days of competition, Hayden was awarded a Medallion of Excellence which placed him the top 10% of his category. Hayden feels his success stems from, “…my willingness to learn from others and my desire to always improve my skills.” Hayden is an excellent example of the high level of vocational education and trading currently available in Australia. He is a proud ambassador for his industry, his state, his family, his trade and his country.