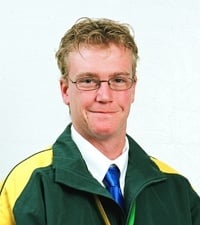 Timothy was always passionate about all things electronic and decided that he needed some practical knowledge about his passion before embarking on his career. It was during his second year with Dubbo Agriculture and General Engineering that Timothy was introduced into the WorldSkills Australia Competition process. Timothy was a clear winner in his regional competition and was selected to represent his region at the 2002 National Finals. Timothy however found the magnitude of a National Competition “overwhelming” and after leaving without that gold medal Timothy was determined to return to Brisbane and claim gold. Which is exactly what Timothy and team mate Greg Harris accomplished – Gold and the right to represent Australia at the 38th International WorldSkills Competition. Timothy and Greg took on the best young Mechatronics Teams from around the world over four gruelling days of competition. They were awarded a Certificate of Participation and are noted to be in the top 20 best Mechatronics Engineers in the World. On his return from Helsinki, Timothy intends to work hard to ensure that the profile of WorldSkills Australia and Vocational Education and Training in Australia remains a high priority.